by Whitney
(Cross-posted at HASTAC; thought this might be of interest to some people who keep asking me what I do at HyperStudio!)

From 1680 to 1793, the Comédie-Française, a French theatre troupe founded by Louis XIV, kept meticulous records for each of its performances. At the end of every show, the troupe’s secretary wrote down the cost of tickets, the total sales for each section of the theater, even how much was spent on wine for the rehearsal dinner. In a sense, these registers -- each one recorded on a preprinted one-page form -- acted like a proto-database, collecting metadata for every play ever performed by the Comédie-Française. 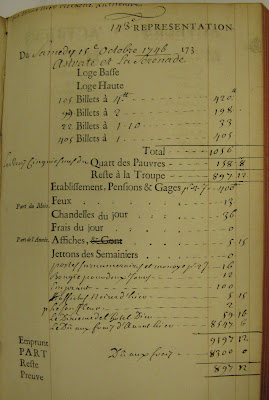 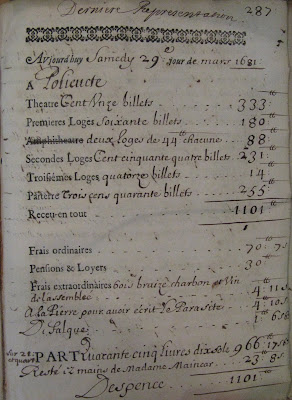 . . which all sounds like the stuff of history, of dusty archives and strange old handwriting, until Jeff Ravel, a cultural historian and professor of history here at MIT, conceived of an ambitious but brilliant project: digitize the entire corpus of registers, drop them into a database much like CESAR (which Professor Ravel helped co-found), and develop innovative tools to manipulate the data. He got in touch with MIT’s HyperStudio, the digital humanities lab in which I work, and – many months, a few trips to Paris and 579 registers later! – we’ve developed our first working prototype. We recently debuted it at the CESAR/Clark Symposium in Williamstown, MA.

Through faceted browsing and a flexible parallel-coordinate graph, scholars can search, compare and visualize the ticket prices and sales for every performance during the 1773-1774 and 1774-1775 seasons. In addition, by allowing scholars to add, remove and manipulate its various axes, the parallel coordinate graph can be used to visually compare quantitative data (receipts, total spectators) to qualitative data (play genre, time of year, author), thereby shedding new light on the history of French public theatre. For instance: How did ticket prices change across time? How did the day of the week or the month affect sales in different sections of the theatre? Which plays were most popular among people buying cheaper tickets, and which authors were performed the most across the two seasons? As one theatre historian at the CESAR/Clark Symposium reported, simply having access to these little-seen performance records, locked away in an archive in Paris, will have a “transformational impact on the study of eighteenth-century French theatre.”

Of course, the project has a long way to go before it can be released to the general public. Eventually, the visualization and faceted browsing will work in concert, such that setting limits in the facets will update the axes of the graph. Smaller bar graphs may also be added to the facets on total spectators and receipts, since the current design doesn’t visually show how many people bought tickets in each section of the theater. In addition, the results display in the faceted browser – currently constructed to mimic the layout of the actual registers – may go through several iterations before we hit on a design that allows researchers to compare fields in a dataset without eliding the look of the actual registers.

As with all digital humanities projects, the process of designing and implementing CFRP has involved much negotiation. One of our biggest questions has been: How can we create radically innovative visualizations without forfeiting usability? In other words, how can we anticipate (and design to) the research needs of scholars, without rendering the tool rigid, unable to accommodate unanticipated needs? Or, on the flip side, how can we create an interface that is flexible enough for scholars to pursue their own research questions, but not so flexible as to render it floppy? In short, how can we construct a tool that will foster and illuminate new areas of research before we know what those new areas will be?

These kinds of negotiations seem to be at the core of digital humanities research. In my own work at HyperStudio, I'm often developing projects that both require and teach new literacies, putting me in the strange (though not unwelcome) position of designing for an imaginary audience, and of “innovating” something that never had a tradition in the first place. Can we now call digital humanities a “field”? And if so, how can we more effectively learn from each other, sharing (as I've attempted to do here) our successes and failures? 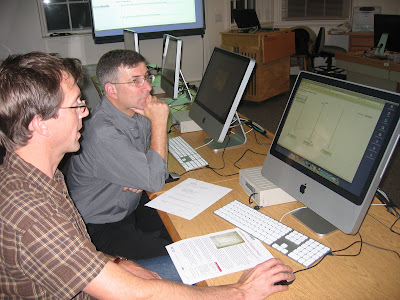 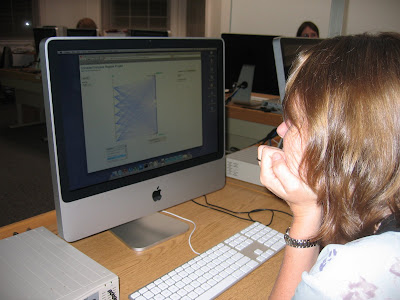