by Whitney
Catching up on some of my favorite blogs this morning, and found two posts worth mentioning.

Over at Confessions of a Bookplate Junkie -- a must-read for book enthusiasts -- Alex Allan's bookplate is posted. I love, love, love this image, from 1982 (first time a computer shows up in a bookplate?). Lots to unpack. 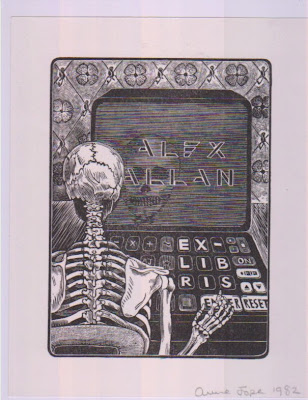 Allan -- a self-proclaimed deadhead with apparently quirky tastes -- is the chairman of the Joint Intelligence Committee in Britain. The artist of the bookplate is Anne Jope.

Over at BibliOdyssey, another must-read for book lovers, some early nineteenth-century visualizations are posted. This one depicts the "Comparative Heights of the Principal Mountains and Lengths of the Principal Rivers of The World": 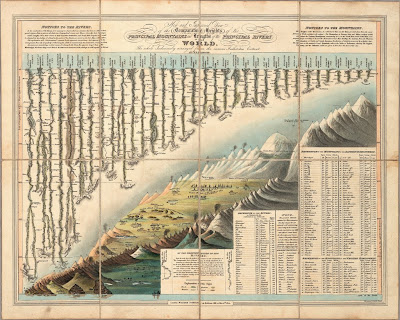 This one shows the "Distribution of Vegatables and Snow Line + Comparative Lengths of Rivers": 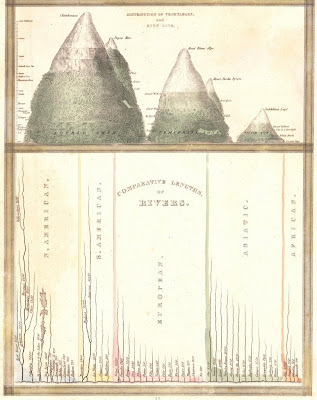 Of course, these prints remind me of those early twentieth-century visualizations comparing the length of ships to skyscrapers. Check out BibliOdyssey for more.
file under: books, visualizations