by Whitney
As a draper in Amsterdam, Antonie Philips van Leeuwenhoek (1632-1723) often used simple microscopes to examine the quality and density of his fabrics. As the tale goes, after reading Robert Hooke's Micrographia, he began seeing his magnifying glasses and microscopes differently -- not just as tools for examining textiles, but for reading the text of Nature. I'll let Wikipedia pick it up here:

Leeuwenhoek's interest in microscopes and a familiarity with glass processing led to one of the most significant, and simultaneously well-hidden, technical insights in the history of science. By placing the middle of a small rod of lime glass in a hot flame, Leeuwenhoek could pull the hot section apart like taffy to create two long whiskers of glass. By then reinserting the end of one whisker into the flame, he could create a very small, high-quality glass sphere. These spheres became the lenses of his microscopes, with the smallest spheres providing the highest magnifications. An experienced businessman, Leeuwenhoek realized that if his simple method for creating the critically important lens was revealed, the scientific community of his time would likely disregard or even forget his role in microscopy. He therefore allowed others to believe that he was laboriously spending most of his nights and free time grinding increasingly tiny lenses to use in microscopes, even though this belief conflicted both with his construction of hundreds of microscopes and his habit of building a new microscope whenever he chanced upon an interesting specimen that he wanted to preserve.

Of course, the illustrations of what he sees are beautiful in the that haunting way that so many early modern science images are, as if you've suddenly stepped into landscape both alien and deeply familiar. The sinews of muscle branch like trees; seeds bud like skin cells. 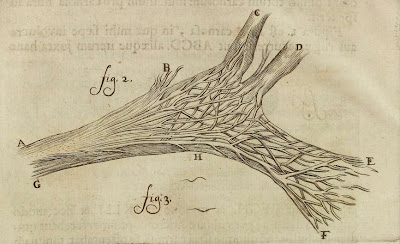 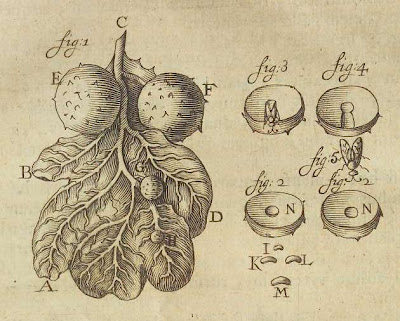 As I happily wasted an hour with Arcana Naturæ (1708) this afternoon, I played a little game with myself. I tried to guess what the figures illustrated before reading the chapter titles -- animal or plant life? 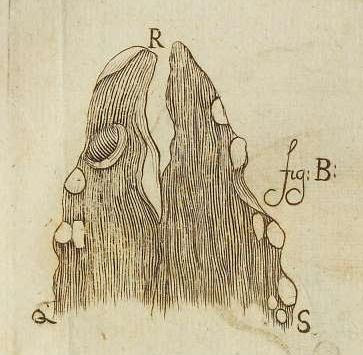 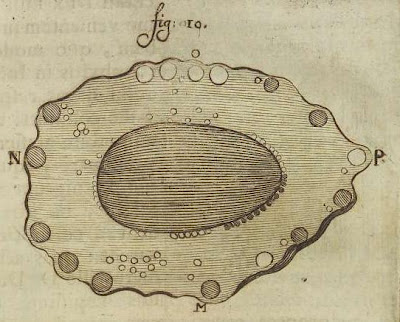 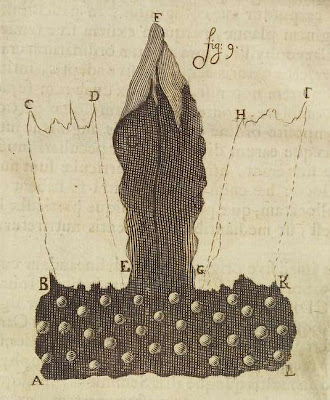 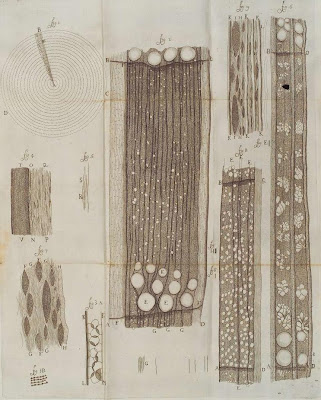 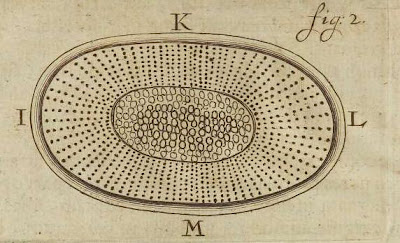 One figure even looks strangely like the mushroom cloud of an atomic bomb: 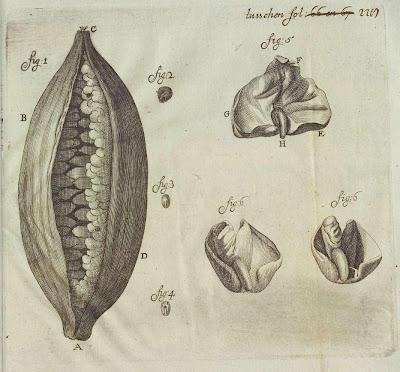 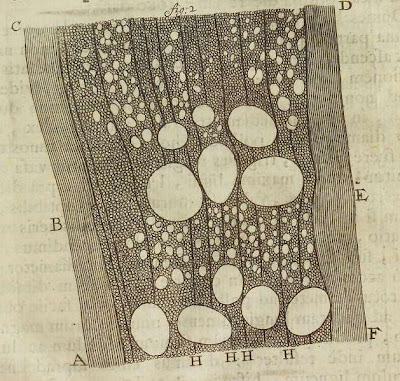 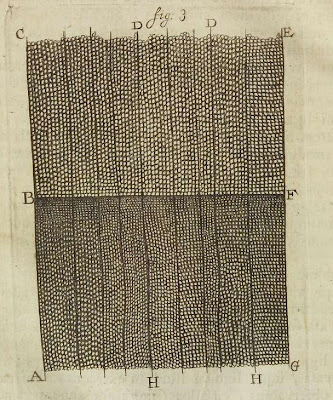 After spending so much time with the illustrations I was pleased to learn that he was the son of a basketweaver and, as I mentioned above, a draper himself. So many of these images show a painstaking attention to detailed patterns, linkages, bits woven together to form a coherent whole. Yes, it's naive, but I can't help wondering what they looked like to him.
file under: book history, illustrations, microscopes, science