The 73rd History Carnival is on deck! Let's jump right in..

Over at The Useless Tree, Sam Crane tells the kind of tale most academics can relate to. You know, where a first year graduate student presents a paper at a conference, and gets grilled by the expert in the field? Man, I love these stories. Sadism.

Speaking of academics, be sure to watch how you deploy history around Scott Eric Kaufman and Thomas Levenson. Kaufman warns against mining databases to construct an intellectual history, underscoring the importance of situating terms within a historical context -- particularly relative terms like "the First World War." Over at Inverse Square, Levenson smacks down the idea that Joseph Priestley was the first popular science writer, weaving together a cultural history of printing technology and the rise of what we now know as science. Bonus points for the Robert Hooke citing, and for being a fellow MIT guy. I'll admit to an institutional bias. While we're in the eighteenth century with Joseph Priestley, stop by Disability Studies to learn more about Percival Pott. Pott was a mid-century surgeon who used his own broken leg -- at that time, a potentially fatal injury -- to learn more about bone fractures.

Appropriately enough, some media history has made it into the mix. Dave Tiley at Barista recounts a history of television in the 1930s -- a story "full of idealism, desperate invention, and unintended comedy." Meanwhile, Airminded questions whether newspaper accounts of phantom airship scares during the first decades of the twentieth century were real or made up, and Steven Poole reviews Tim Blanning's book The Triumph of Music, chronicaling how musicians from Mozart to Elton John rose to fame. Check out the second half of Poole's post for a discussion of technology and its changing role in music.

Two Civil War (US) posts are in the mix, as well. Scandalous Women tells the Story of Rose O'Neale Greenhow, a spy for the Confederate army who tucked military secrets "in the heavy coil of her dark hair." Nicely complementing the story of "Wild Rose" is Elementary History Teacher's post on the ongoing difficulty of teaching and learning about Civil War history in the southern United States, asking: "At what point do we sacrifice true and honest historical remembrance for what we think we believe…for what we want to believe….for what might fit a certain modern agenda without thinking about the context of the times?" 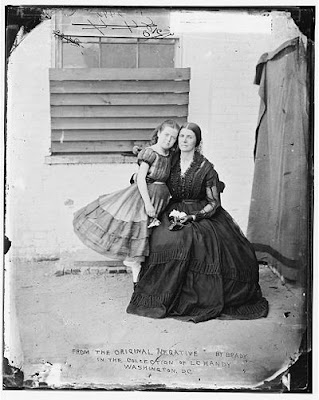 More and more people are beginning to post their family diaries online, bringing voices from the past into a new media environment. Happily, there are two journal-related posts this month. In Siberia, started by the great-grandson of George C. Voegeli, posts entries from Voegeli's journal, kept between 1918 and 1920 when he was a member of the American Expeditionary Forces in Siberia. And the RMS Queen Mary has the story of another war-era journal: that of George Edward Hanson, a sergeant in the Royal Air Force who secretly recorded his time on board the Queen Mary.

The award for most detailed original research (which I just made up) goes to Don Ringe at Language Log, who applies methods of historical-comparative reconstruction to trace the etymology of Wanderworts 'wheel' and 'horse'. A very worthy winner, and a fascinating post. Runner up is John McKay, who traces the mammoth through Chinese history.

Thanks to everyone for your submissions! Next month's History Carnival will be hosted at one of my new favorite feeds, History Undressed. Look for it March 1st.
file under: blogs, carnival, history

Thank you so much for hosting the carnival.

I'm a little late getting by due to recent surgery, but I wanted you to know how much I appreciate you including my post.

You're welcome, glad to have it. I don't have a lot of blogs from public school teachers on my radar but you made me realize that I should!

Thanks for the nod in your post. I'm really enjoying this site - it's very nicely done. Cheerio!