the four corners of a circular volvelle 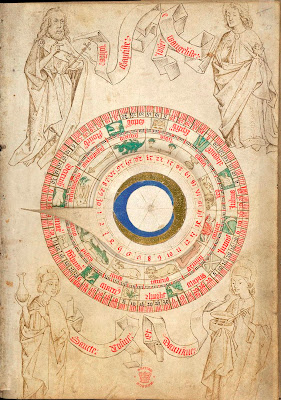 (Guild Book of the Barber Surgeons of York, late 16th-century; British Library, Egerton 2572 f.51; a zodiac volvelle surrounded by John the Baptist with Agnus Dei, John the Evangelist with a cup and dragon, Cosmas with a urine file, and Damian with a medicine box. Image from the British Library.)
. . . but then . . . 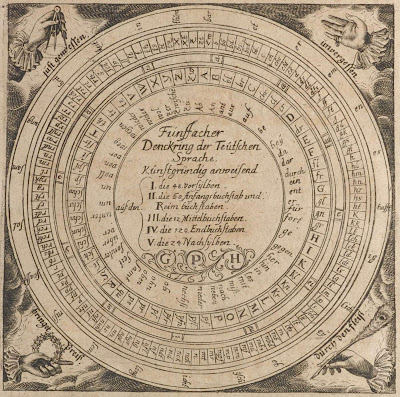 There's something about those four corners around a volvelle on a rectangular page . . . and what fills them . . .
file under: book history, georg philip harsdörffer, manuscript, volvelles

I’d weakness to tattle-tale that too!

Hello everyone! Who knows where to upload the film Avatar?
I even bought the film Avatar for a SMS to http://rsskino.ru/kinofilm/avatar.html , the link was, but download fails, the system will boot quite strange cocoa something.
Men, advise where to normal as quickly download film avatar?