Fora.tv and the [(Fe)male] Public Intellectual

by Whitney
Here's a screenshot from one of the category frontpages on fora.TV, a TED-like YouTube for all things "intellectual". Notice anything . . . conspicuous? 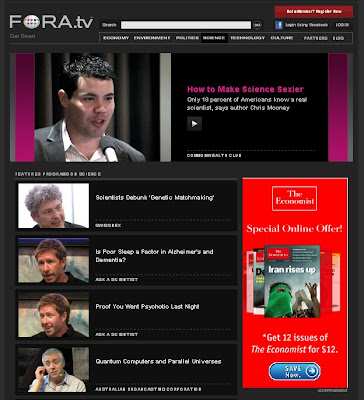 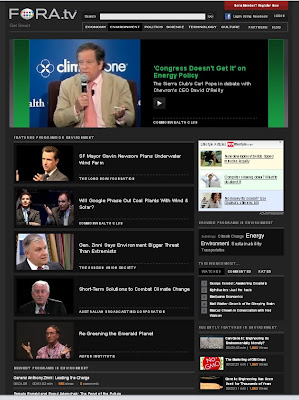 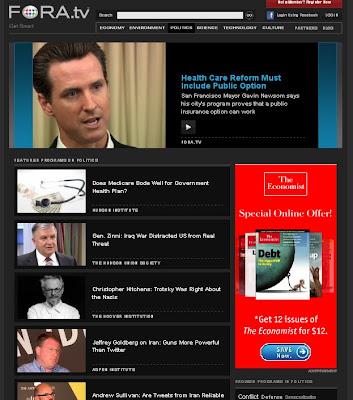 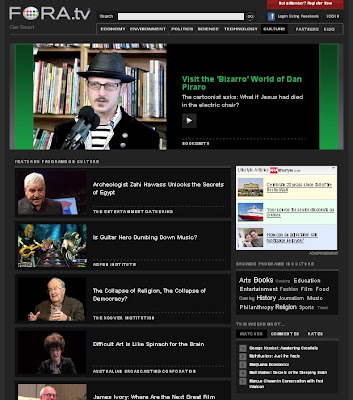 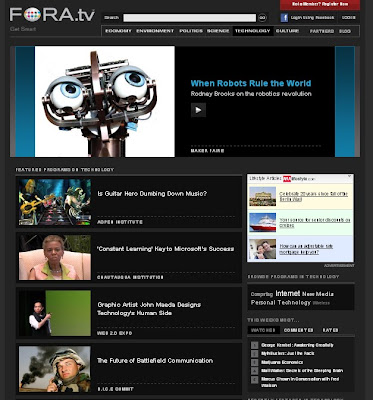 Of the twenty-four images of smart people talking about smart things (nonhuman images not included), two are women. Two. Of twenty-four. Only one of those twenty-four (also a woman) is a person of color.

Looking over fora.TV's frontpage, I shouldn't be surprised: 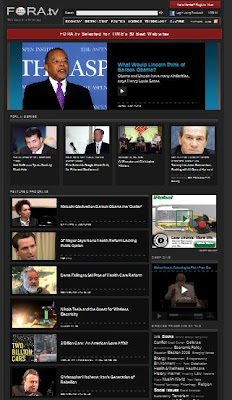 Of the first eleven thumbnails visible on the page, nine are of men, two are nonhuman images. None are of women. Not one.

This is just embarrassing.

The more popular TED is only marginally better. Here's TED's frontpage for today: 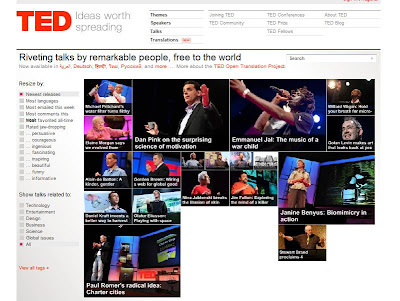 Eighteen images. Three are of women.

Visit other popular "intellectual" sites -- EDGE.org, for instance -- and you'll find the same thing. Male names, male faces. Men saying smart things to other men. Women are sometimes present but always peripheral, often arguing the most conservative points. In fact, of the two women found on the frontpage of fora.TV's categories, one was arguing that ART IS GOOD; the other was talking about education. While I wouldn't want to belittle these women's accomplishments -- both make worthy points in their talks -- I can't shake the feeling that their images are being used to fit a stereotype completely outside their control.

The sense of exclusion is deep, difficult to pinpoint. These sites make me feel like a foreigner in my own territory. For unlike the image of the public intellectual conjured in the popular mind, I am not male or middle-aged. I am not a Christopher Hitchens-type character, snapping with confidence (although the few times I've attempted this role I've been dismissed as arrogant, antisocial, a "Miss Smarty Pants"). My gestures aren't firm, crisp or contained, but fly off excitedly, knocking down paper cups and books and pencils. My clothes clash with slate chalkboards and beige cinderblock. And when I give papers, I don't look people in the eye, conqueringly, but slightly askance. The audience looks slightly askance at me, too. Afterwards, I usually get as many comments about my hairstyle as I do about the subject of the talk.

There are smart women out there -- smart, confident women who made me want to become an academic in the first place, and who inspire me to be better. It'd be nice to see more of them represented in online intellectual spaces.
file under: feminism

I hope you're ok with my having sent a link to this with a very (very) brief note to the contact pages of both TED and foraTV.

I'm glad you brought this up; we dudes, even those of us purporting to have some measure of awareness or enlightenment or whatever the niche word du jour is, need to hear a perspective we don't have. Thanks.

thanks! i actually looked up statistics shortly after writing this, and while the breakdown by disciplines vary, roughly 40-50% of professors at any given American university are now women. and women make up 58% of college graduates. which makes fora.TV's site even more confusing.

yet, even if there were still twice as many women professors as there were men (which was the case not so long ago), if i were the editor of one of these sites i would make it my DUTY to show women and underrepresented minorities prominently, precisely *bc* of their underrepresention. something has to be going on there to make the proportions so out of whack.