by Whitney
Reading from Pogglioli's Theory of the Avant-Garde, I just came across a chance mention of Evgeni Zamyatin's We (1921), often noted as a precursor to (and the inspiration for) Orwell's 1984. Zamyatin, Pogglioli writes, "imagines a distant posterity considering the timetable or general directory of the railroad as the unequaled and supreme masterpiece bequeathed them by this [the twentieth] century." Here's the part in We he's citing (the narrator is speaking from the 26th century, a time of Taylor-inspired standardization): 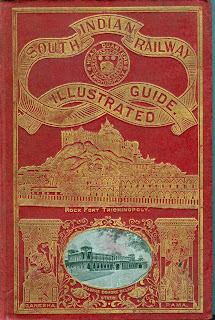 As schoolchildren we all read (perhaps you have, too) that greatest literary monument to have come down to us from ancient days -- "The Railway Guide." But set it side by side with our Table, and it will be as graphite next to a diamond: both consist of the same element -- carbon -- yet how eternal, how transparent is the diamond, how it gleams! Whose breath will fail to quicken as he rushes clattering along the pages of "The Railway Guide"? But our Table of Hours! Why, it transforms each one of us into a figure of steel, a six-wheeled hero of a mighty epic poem. Every morning, with six-wheeled precision, at the same hour and the same moment, we -- millions of us -- get up as one. At the same hour, in million-headed unison, we start work; and in million-headed unison we end it.
// Zamyatin, We [seems to be a very bad, but free, text here; audiobook in English is available here] 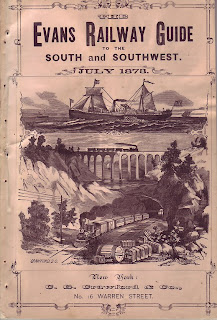 Railway guides, timetables, train schedules -- these are spatializations of time that strictly standardize its passage, chopping the hours into minutes, the minutes into seconds, the hills into latticed tracks. Indeed, this is Zamyatin's satire, a world gone Taylor-mad with its six-wheeled precision. Yet.. there's something not untrue about the railway guide being our greatest literary monument. It's romantic, experiential, subjective; it's directed to audiences in motion, interpretive communities tra(i)ned in railway literacies; and most of the guides themselves are beautiful. From a poetic stance, the train timetable is a pinnacle of achievement in the marriage of form and content -- perhaps the most perfect data visualization ever created. Leaves of forgotten William Blake fall from between its pages. 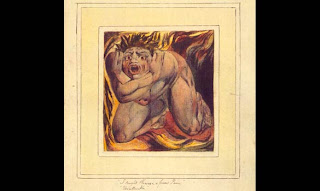 There's been a lot of discussion online about disciplinarity in media studies and digital humanities. It's useful; and it's boring. Unlike the sciences, the humanities have the benefit of openness, flexibility, creativity, the proverbial "Big Tent." We don't need to depend on false dichotomies to sustain ourselves (although we do a grand job acting like we do). We can mine texts; we can tag texts; we can read texts; we're even granted supreme authority -- the audacity -- to interpret them, using whatever tools may be at our disposal.
And when we leave our offices and classrooms, where railway guides are historical/artifactual/industrial/literary/representative/significatory/everthing-but ... we don coats, fumble for metrocards, and wait wait wait for that "TRAIN ARRIVING IN 5 MINUTES" sign to flash -- the most mundane avant-garde in the world.
This isn't a response. It's just what we do.
file under: academic bickering, digital humanities, humanities

Proust loved railway guides, too -- he said they were better than any romance. (I'm pretty sure that's in Swann's Way.)

Hello!
You may probably be very interested to know how one can manage to receive high yields on investments.
There is no initial capital needed.
You may commense earning with a money that usually goes
on daily food, that's 20-100 dollars.
I have been participating in one project for several years,
and I'll be glad to share my secrets at my blog.

Please visit my pages and send me private message to get the info.