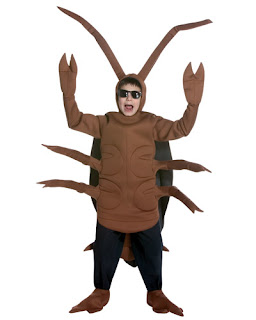 At ACLA earlier this month, my colleague (and housemate) Lindsey Andrews presented on Melville's Moby Dick -- on C. L. R. James reading Moby Dick, on her reading James, and on the process of literary criticism itself. I'm no Americanist, and certainly no Melville scholar; but I think what she has to say about how literature makes meaning, and how we make meaning from literature, is pretty brilliant:

Throughout the history of American academic literary criticism, Moby Dick is most often read as allegory. Though we’ve heard some of our own speakers discuss the refusal, on the part of many of Melville’s novels, to be allegorized, which I think is right in the case of Moby Dick, this is not the dominant trend. Even the back flap of my own copy of the novel begins: Moby Dick is at once a thrilling adventure tale, a timeless allegory, and an epic saga of heroic determination and conflict. But for [C. L. R.] James, even in 1953, and Melville-through-James, novels aren’t allegorical, and they aren’t symbol-filled surfaces through which one looks and aligns the symbol with the deep (true) meaning. Novels don’t "mean," they produce, and the act of criticism, too, produces. If in the moment of Moby Dick’s own exposure of its being written we see the possibility of being other, followed by the actualization of a world of the Pequod, it becomes clear that that world itself contingent on the multiplicity of virtual worlds, unrealized worlds, that it leaves in its wake. A novel could never be an allegory of the real world because it’s a part of it; it’s always a synechdoche, a real encounter in miniature. So, criticism, then, doesn’t “read” the inherent allegory in the novel; it makes an allegory of the accumulation or extraction of parts. And, more than that, it immediately exposes the allegory, refusing to allow meaning to accumulate in the form of an allegory; instead, it collapses or explodes its allegorical status, making it literal (i.e. in the act of producing a “symbol” in the novel, it also explains it, collapsing the very allegorical form to which it made a pretense of a claim). And criticism produces this explosion precisely from this possibility of being other; or more explicitly, from the impossibility of being the same. Criticism actualizes the multiple virtual worlds of the novel.

I (we both) have been thinking much about reading allegorically and reading symptomatically -- about how deeply ingrained these methods are in students of literature, and how ultimately dissatisfying they tend to be in a world in which the humanities are increasingly under attack for their irrelevance. I struggle with this most in the early modern side to my scholarly personality, since political allegory and symptomatic readings form the basis for practically all criticism on Renaissance literature. How can we read novels not simply as reproductive of particular cultural milieus, but as themselves productive machines, machines of possibility -- as Lindsey puts it, as virtual worlds, actualized through individual moments, singular acts of reading? 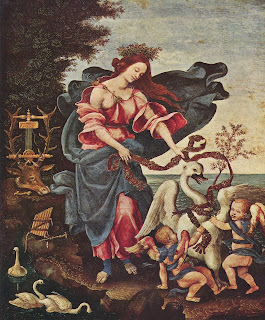 [Filippino Lippi, Allegory of Music (c. 1500)]
Deleuze is clearly a guidepost here. In Kafka: Toward a Minor Literature, he rejects archetypal readings of Kafka's bizarre characters:

We won't try to find archetypes that would represent Kafka's imaginary, his dynamic, or his bestiary (the archetype works by assimilation, homogenization, and thematics, whereas our method works only where a rupturing and hetereogenous line appears). Moreover, we aren't looking for any so-called free associations (we are all well aware of the sad fate of these associations that always bring us back to childhood memories or, even worse, to the phantasm, not because they fail to work but because such a fate is part of their actual underlying principle).We aren't even trying to interpret, to say that this means that. And we are looking least of all for a structure with formal oppositions and a fully constructed Signifier; one can v come up with binary oppositions like 'bent head-straightened head' or 'portrait-sonority' and bi-univocal relations like 'bent head-portrait' or 'straightened head-sonority.' But that's stupid as long as one doesn't see where the system is coming from and going to, how it becomes, and what element is going to play the role of heterogeneity, a saturating body that makes the whole assembly flow away and that breaks the symbolic structure, no less than it breaks hermeneutic interpretation, the ordinary association of ideas, and the imaginary archetype.

// Deleuze, Kafka: Toward a Minor Literature (7) 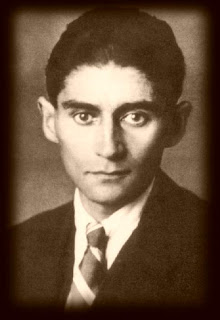 [Franz Kafka]
Kafka's becoming-animals -- his critter burrows and cockroach squeal-language, his literalization of symbols -- parallel the buffoonish "rude mechanicals"of Midsummer Night's Dream, who insist on presenting their own representation. "All I have to say is to tell you," the Moon says, stepping on stage covered in symbols of his 'moon-ness', "that the lanthorn is the moon, I, the man i' the moon, this thornbush my thornbush, this dog my dog."

Metamorphosis is the contrary of metaphor. There is no longer any proper sense or figurative sense, but only a distribution of states that is part of the range of the word.
It would be a great error to refer the points of connection to the aesthetic impressions that subsist in them. Everything Kafka does works to an exactly opposite end, and this is the principle behind his antilyricism, his anti-aestheticism: 'Grasp the world', instead of extracting impressions from it; work with objects, characters, events, in reality, land not in impressions. Kill metaphor.
// Deleuze, Kafka 22; 70

I'm extremely attracted to this model of criticism, and am beginning to see it as crucially related to the kinds of "distant reading" talked about by Peter Middleton and Franco Moretti, as well as Jonathan Boyarin's "ethnography of reading." To read allegorically -- to read beneath the surface of the text, seeing the text as instantiating some cultural milieu -- is to elide the material moments when fingers hit paper, where eyeballs meet text; it's to forget that the text is text. In If on a Winter's Night a Traveler, Italo Calvino famously retraces the process of reading itself: "Find the most comfortable position," he tells you, the reader; "You are about to begin reading Italo Calvino's new novel ... Relax. Concentrate. Dispel every other thought." Suddenly, the very bodily positions that novels are thought to dissolve become crystallized, and the reader becomes aware of her own reading: the book in her hands, the position of her legs, the smells of the room, how hard the spine cracks back when she flips the page. This is the metamorphosis that kills metaphor, the Moon pointing at itself and its own insistent "moon-ness" -- this is how we read, even when we pretend it's not. Although indicating an about-face for most literary scholarship, these radically individual, material encounters with a textual artifact are where criticism begins; and, sometimes, where it should end.
file under: allegory, deleuze, franz kafka, melville, metamorphosis, metaphor, moby dick