'The Sound of the printed Letter': Orthography, Orthoepy, and Print Culture 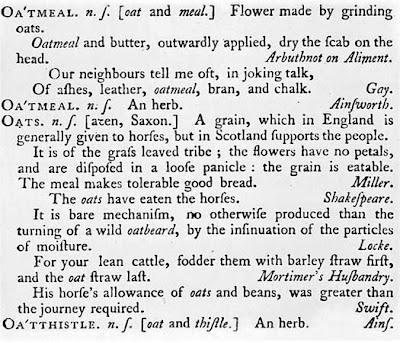 For fellow dictionary lovers: I've posted a late draft of my undergraduate English Honors thesis on the naturalization of orthoepy through orthography in early English dictionaries, completed at Hood College in 2007. I was impelled to do so not out of any delusion regarding its (in)significance -- really, no one should let an undergrad read that much McLuhan -- but because an excerpted portion on John Wilkins, one of my favorite Royal Society nutjobs, will be presented at "English Dictionaries in Global and Historical Context," held at Queen's University the first weekend in June.
I'm very bummed not to be able to attend, especially since a deep an inexplicable love for enormous dictionaries is what drove me into media studies and book history in the first place. However, I'm grateful that the organizers have generously offered to read the paper in my absence. Any conference attendees who find their way here are welcome to leave comments on the paper at the bottom of this post, or email me at whitney [put a dot here] trettien [put an @ here] duke [put another dot here] edu.
Both the thesis in its entirety and the excerpted portion are available here.
Abstract:

Early language reference works and, in particular, dictionaries are not passive mirrors reflecting linguistic trends but are themselves media objects, circulating among speakers and writers of a language. Shaped, to some extent, by the material constraints of print, they propagate a mediated view of language, constructing social attitudes even while presenting them as the inevitable progress of civilized communication. In four case studies, this paper explores this process of naturalization, arguing that dictionaries of the seventeenth and eighteenth centuries, by synthesizing speech and writing, attempt to construct a monolithic super-English – a third, typographic "classical tongue" that both conquers Britain's savage past and marches it toward a colonial future.
Beginning from premises established by Peter Ramus and Francis Bacon – two sixteenth-century philosophers whose work epitomizes the shift from manuscript to print culture – John Wilkins constructs one of the earliest universal languages in 1668. The printed characters in his scheme, based on an ideographic system, bypass speech to represent named objects directly. Although it never became the "new Latin" for scholarship, as he hoped, Wilkins' universal language lays the foundation for Samuel Johnson's Dictionary, the cornerstone of England's "metaphysical empire," in Adam Beach's words. By constructing a canon of printed texts and a standardized orthography based on John Locke’s linguistics, Johnson’s Dictionary frames "civilized" English culture in typography, shaping speakers' relationship with their language according to the standards of print. Shortly after the Dictionary’s publication in 1755, the elocutionist movement, lead by Thomas Sheridan and John Walker, more rigorously connects orthography and orthoepy in their pronouncing dictionaries, popular lexicons delimiting rules for a homogenized English pronunciation that, as John Jones envisioned, "sound[s] all Letters according to the printed Word." Circulating as both products and producers of print culture, these four dictionaries establish print as the ingenerate standard for both verbal and visual discourse, a naturalization that continues to influence linguistic scholarship today.