by Whitney
At the Animated Anatomies symposium at Duke last month -- I wish I could have blogged the event, but there was just too much interesting stuff to keep track of it all; videos might be posted soon -- I played a bit with the idea of media genealogies. For the most part, the media artifacts or technologies we most study are those that "won" some evolutionary battle, that are most "fit" socially, culturally and economically, and therefore survive. Thus while Hero of Alexandria may have invented a steam-powered engine in the first century A.D., it fizzled out, it didn't "go anywhere" until the technological milieu of the Industrial Revolution made widespread reproduction and adoption of steam power possible. Or so the argument goes. 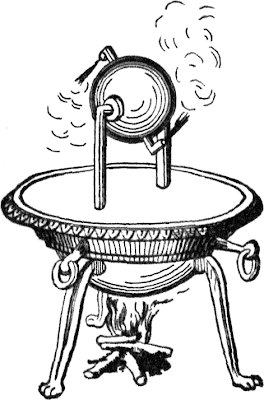 Another way of putting this is that Hero's aeolipile is a dead-end branch on the tree of technology's history. It wasn't fruitful; it couldn't reproduce anything of enough social or cultural significance to continue its lineage. And so, like a maladapted species, it died out.
This model has much to teach us about the ways media objects must interact with and adapt to their surrounding environs in order to be adopted by a given historical period. In fact, it's perhaps not a big stretch to say that this model, or something like it, implicitly undergirds much of the research that goes on in new media studies, since we (and media executives) often want to know why particular trends in video games or film or television interested (or disgusted) certain kinds of audiences at particular moments in time. When it comes to historical work, though -- artifacts that speak to us from a more distant, dimly-lit past -- the evolutionary model leaves the dead-end branches as just that, dead-ends.
Or, in the case of Hero's aeolipile, fodder for McSweeney-style irony. 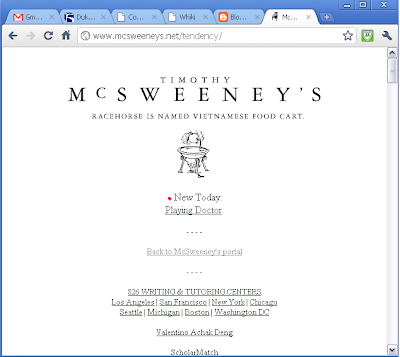 Anatomical flapbooks are definitely dead-end branches on the tree of media history. So are astronomical volvelles and other moving paper instruments. They flourish for a time but don't evolve into anything else: they simply die out.
Since the symposium, I've been thinking a lot about dead-end branches and digital archives -- namely, how our digitization practices expose the assumptions underlying the tree model. In order to create a digital facsimile of a book, you have to have some notion of what a book is, its form and functionalities. In most cases, the book is taken as a aggregate of pages lined with (primarily textual) content. This formula then becomes the container that all digitized images are dumped into. Google Books is representative here: 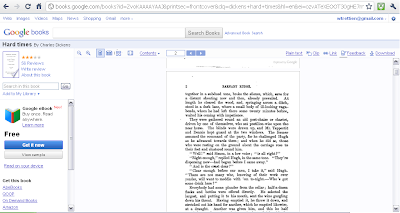 Of course, dead-end branches like flap anatomies and volvelles fit awkwardly into these containers, if they fit at all. Their resistance to digitization makes them an excellent case study in history (and future) of the book, opening up a space in which to imagine alternative ways of relating to print and paper.
With this in mind, I asked Twitter: what aspects of book or print culture resist digitization? A few answers:

It quickly became clear to me that it wasn't just bookish oddities like my crazy little text-generating volvelles that seem to have no place in snap-crop-upload digital archives, but a whole slew of bibliographic data apparent only in the materiality of paper and ink. Yet, as fascinating as I find this, it's not exactly a new revelation. Mediating artifacts obscures some traits of the original while bringing to light others. Jay David Bolter and Richard Grusin were thinking about this over a decade ago in their well-known book Remediation (MIT Press, 1999). What was new to me was the stark contrast between the tree model I was thinking about -- struggling with -- and the way in which my online community rapidly demolished it. Attacking the question from a variety of different disciplines, periods and perspectives, the answers I received self-organized into an emergent network of artifacts and practices that all seemed absent or lost in digital media and yet, by dint of appearing on my Twitter page, were suddenly visible in a new, and newly mediated, way. In other words, I wanted to think about how archival practices elide the human labor that goes into making and reading books, and here was a very visible form of human labor bringing them back to light.
Obviously a simple Twitter feed isn't the same as producing a new kind of archive -- or maybe it is. Maybe the messy chaos of online communication, and its status as a form of public record, helps keep some of the noise of history present in the archive. Helps us slice into the dead-end branches, finding the networks operating just beneath our range of vision. 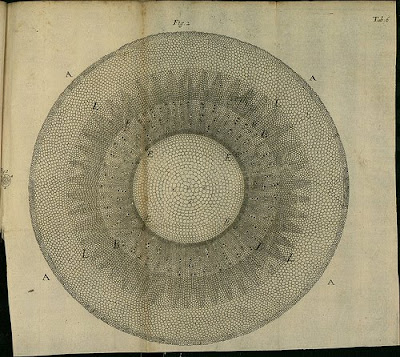 [Nehemiah Grew, Phytological History (1673). Grew was one of the first natural philosophers to examine cross-sections of plant parts under a microscope.]
(At the very least, it -- and this post -- helped me put the finishing touches a talk I was writing up, "The Book Rebels: Fore-edge Paintings, Flap Anatomies, and Other Acts of Digital Resistance.")
file under: archaeology, archives, book history, digital, media

"Obviously a simple Twitter feed isn't the same as producing a new kind of archive -- or maybe it is."

Even to the extent that tweets are now archived (by the library of congress, by Google), I have serious doubts that they can be meaningfully accessed. I value the conversation, but am still doubtful that it has a temporal dimension.

(Also, if I had tken part in that discussion my contribution would have been: you cannot press a flower between two web pages.)

Have you written a post about this? I remember someone in my feed writing on archiving twitter that I wanted to link, but couldn't find it.

In any case, I'd be interested in hearing more of your thoughts on the matter. I agree it's a flippant statement -- actually, I think the whole post here is a bit flippant (I was trying to use blogging to kick me out of writer's block) -- but there is a kind of "human labor" component in social media that seems to counter the elisions in digital archives of books.

I agree that there is a lot of human labor and some incredibly sophisticated reflexive thinking going on from very many quarters, I just worry that it might not leave a trace. The referencing and archiving of Twitter is a good example: how do you cite (and re-thread) a Twitter conversation? The most common approach is the screen capture that you have used, but it makes the content unsearchable. In fact if you click on "show original post" at the top of this page you'll see the central portions appear as follow:

I think one could suggest that this contributes to the elisions you discuss, rather than countering them. I was similarly unconvinced by a recent Alan Jacobs post in which he half suggested that tweeting may be a better medium for academic debate than blogging. Again - not for as long as it can't be properly cited. And I would also put forward that the speed at which Twitter operates is problematic, and a very powerful determinant of what can be said on Twitter and by whom.

By way of example, one of my fixations is that a key advantage of print books over electronic books is that they take space (it is after all their ultimate digitization-resisting aspect). I'm not confident that I could mount that argument on Twitter; and furthermore I suspect that the decisions that libraries make about divesting themselves of physical holdings in favour of electronic holdings proceeds at Twitter-speed and with the kind of argumentation and counter-argumentation that suits the bias of electronic media. In fact I think we need to ask ourselves more to what extent it's even possible to critique digital ideology from within the digital medium, or if in fact the critique gets subsumed and contributes to normalizing and legitimizing the transition. The digital archivist may well be the best suited subject position from which to ask that question.

Sorry, that was messy, I clearly have to ponder a lot more, but thank you for this in the meantime.

I've been accused of violating the laws of searchability/citability in most digital projects/webtexts I've ever produced, so I'll be the first to admit it's something I, for whatever reason, don't tend to consider. I feel like I could have (and thought about) linking each image to its unique twitter thread; and I feel like I've seen conversation threads that pull a feed to create an in-post conversation; but you're right that the general ethos of a twitter conversation doesn't lend itself well to archiving. Maybe it shows a kind of resistance to archivization in the same way these books resist digitization.

Thanks for the comments -- not only is it good food for thought, you've caused me to change the ending of my talk!

a volvelle is technologically possible in digitized form. but, as with printed book and digitized, is it the same experience?

How important you think the experience is will affect whether or not you think it *is* technologically possible -- since, arguably, at some point you haven't "digitized" the object at all, anymore than snapping a photo of a book sitting on someone's desk about 30ft from you means you've "digitized" the book.