Rocks, rocks and more rocks; on a curious book with flap boulders

by Whitney
I was at the Wellcome Library in London this afternoon, spending time with Descrizione del Sacro Monte della Verna (catalogue entry here), a very large book of etchings related to Monte Penna, most famous as the place where St. Francis of Assisi received stigmata. Printed early in the seventeenth century in Florence, the book is a bit unlike any other sets of etchings I've seen before -- first, because several of the images have flaps, and second, because those flaps are rocks, and tend to be inexplicably placed. Like this large rock in the middle of a scene of other rocks, which lifts to reveal... 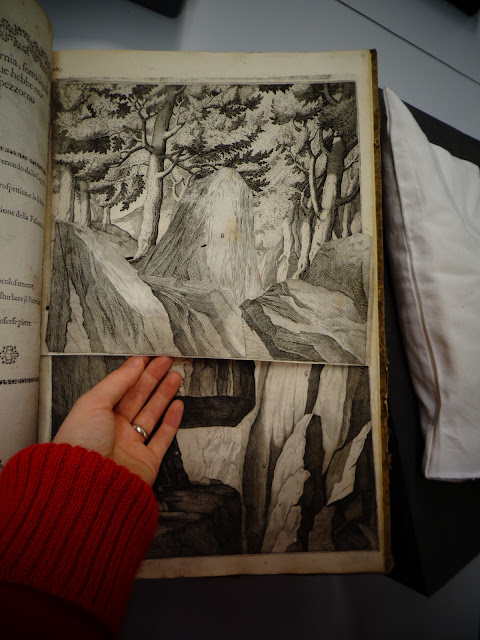 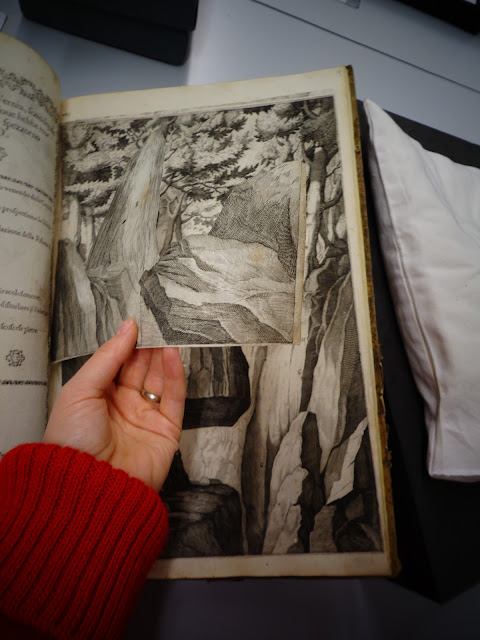 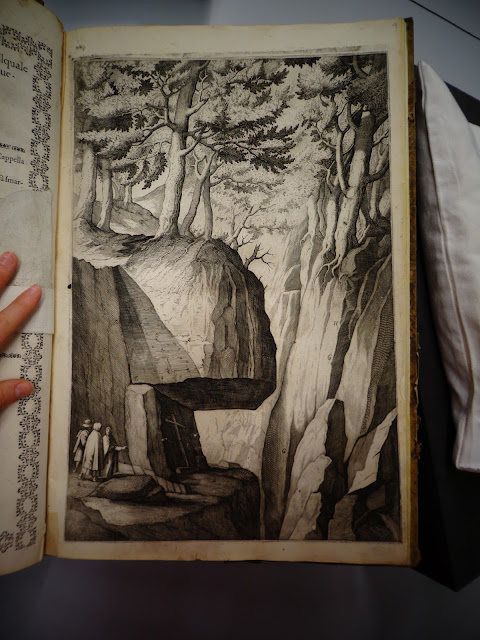 Or this other oblong rock, floating over other rocks... 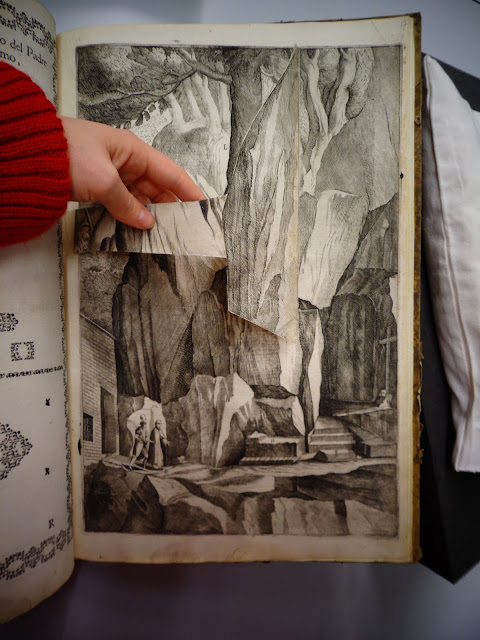 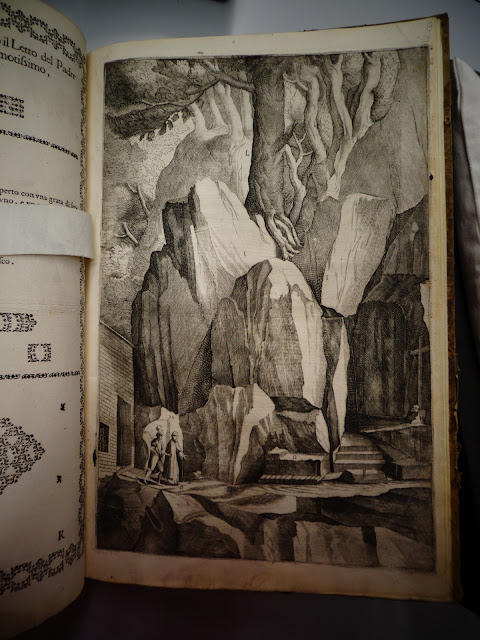 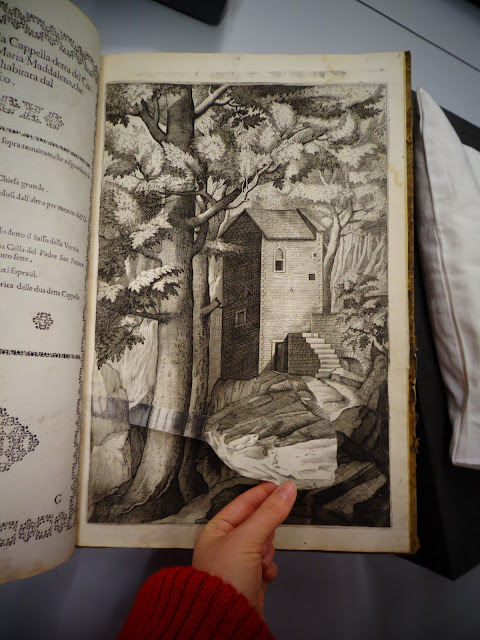 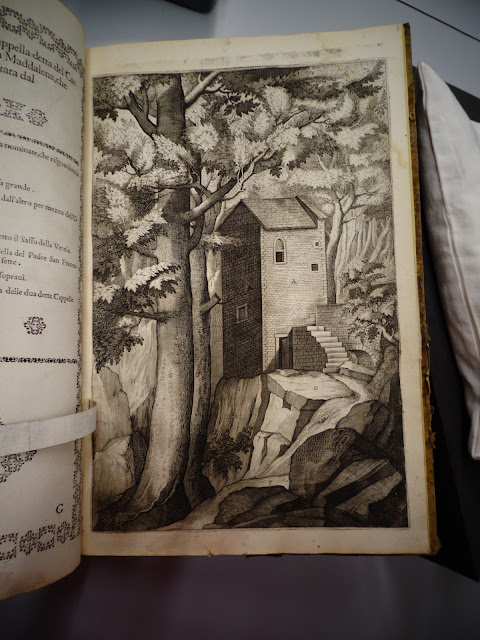 I know St. Francis worked water from rocks; but what is a big boulder -- wider than both the page and the room it occupies -- doing inside? 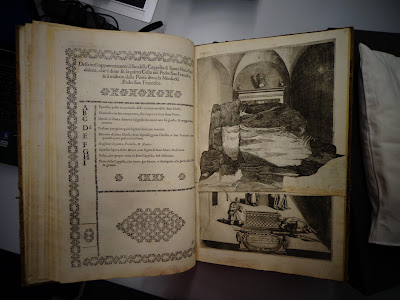 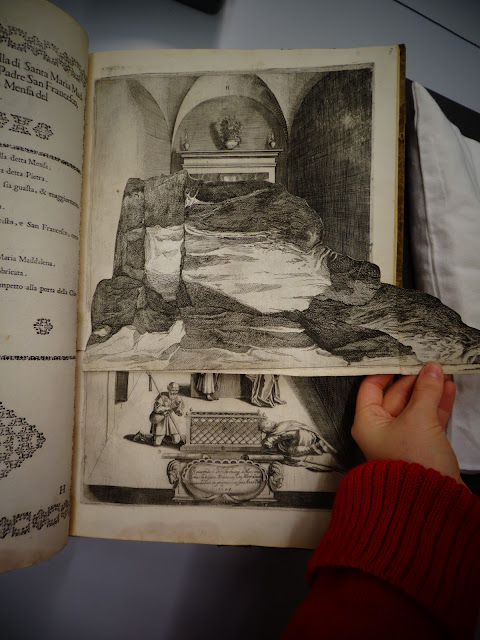 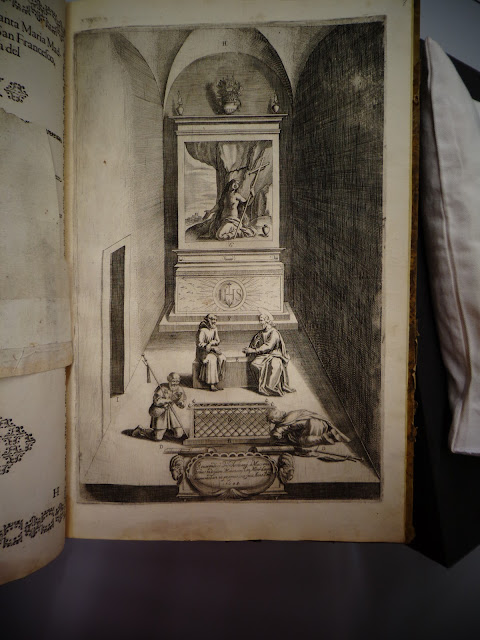 I'm pretty sure these flaps were misplaced, either when they were originally tacked in or by some well-meaning later owner. The long strips of paper that hold them, wedged between the leaves, are hand-drawn to look like the portion of the illustration they cover, and are so carefully done as to appear printed at first. The ink is also very black, which may indicate the strips are a later addition, used after the flaps fell off their original location. If anyone knows more about this book, or related sets of prints, please do share, as it remains a bit of a mystery to me.

Some related images can be found here.